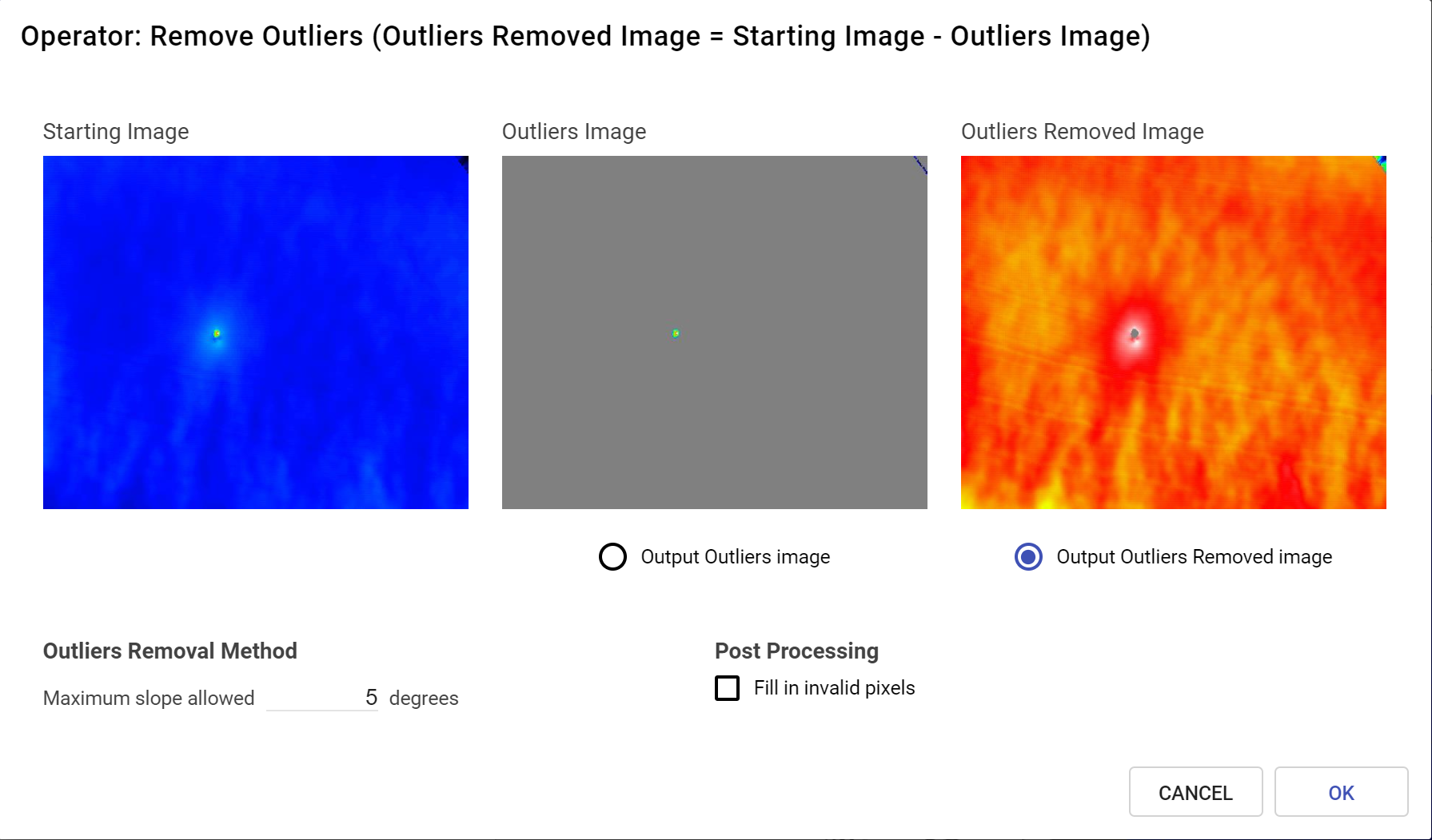 Maximum slope allowed is the acceptable value, in degrees, allowed between neighboring pixels before a point is considered to be an outlier. For example, in the images below there is a a flat field with a strong central spike which is the outlier data point. By setting the maximum slope value at 45 the strong central peak is removed, while the base of the feature remains.

Any removed points are changed to invalid points in the data. By clicking the Fill in invalid pixels checkbox, the software will instead interpolate those data points based on the pixels around them.

Similar to the other operator features, the user is given the option to choose what scan will be shown after the Remove Outlier operation is completed. The Residual Image indicates the remaining points after removing the outliers, and the Outliers Image shows which points have been removed.